Why The Holistic Approach Can Be Scary

Why The Holistic Approach Can Be Scary

This post may contain affiliate links and any sales made through such links pay me a small commission (you know, for some playfully delicious tea, books or somethin’) but there’s no extra cost to you. We’re independently owned and any opinions expressed are my own. If you’re diggin’ it, you can read the full disclosure statement here.

When I have flow-versations with people, they can easily tell me what they would like to see or have. Often times, it’s some physical form or manifestation of something.

A daughter who’s confident in herself.

Get my health in order.

But, then as soon as you may mention Mental, Emotional or Spiritual aspects playing a role, they clam up.

That’s my cue that I struck a nerve.

So, I wait a few seconds…sometimes more.

Then they may come around.

That’s ok with me, because she may not be ready or may not want to discuss with me or whatever the case may be. (Side note: I don’t get hung up or the reason…it just is.)

All I can say is that when you’re desiring a long term effect, you’ve gotta think about all aspects of the “holistic” approach.

Because you’re a Whole Being, you have these parts of you.

When you only focus on one aspect (let’s use Physical for sake of ease), then we can, and will, get to some point of change. But, what about helping it stick?

Let’s explore an example, shall we?

Tina (totally random name, btw!) comes in and says she has a history of PCOS and lot of stress going on. She wants to have a better experience in her PCOS where they are more consistent and bleeding is to 3-5 days long. Ideally, she wants to have a healthy pregnancy, birth and baby.

If we focused on the Physical aspect, we’d throw in some herbs here, some supplements there. Let’s sprinkle in some recommended physical movement based on her type of PCOS. And, let’s not forget about food…let’s go with a food regimen that matches her type and help to nourish her digestive system to accept the nutrients coming from her food.

But, guess what we learn along the way?

Being consistent in the food therapy recommendations is a challenge.

Weeellll…after bringing up what I’d noticed with the consistency, I learn there is a history of patterns with food. Such as, eating when stressed (hey, didn’t she come in with that already?) and periods of overeating and then not eating.

Also, learned she’s hyper-critical of eating because of the feedback that was given growing up, like finishing your plate before leaving the table or hearing comments like, “you’re eating like a pig.”

So what does this mean?

Looks like we actually need to address these issues along the way!

One may think it’s easy to sweep it under the rug and plug through it, but it would be a disservice in the long run.

Without addressing this, we have someone who not only has an unhealthy relationship with themselves, but with food and possibly with the people those comments were coming from.

Viewing food as a source of medicine and health is most definitely skewed for her. This leads to eating patterns that are disruptive to the very same hormones that we’re seeking to harmonize.

And, if she’s looking to have a healthy pregnancy and breastfeeding, she’s not able to adopt the concept of food as a source of energy and nutrients that her baby will be looking for and for milk production.

Then, she’ll rely on supplements and not eating well or not at all and expecting different results.

So you see how this works?

We definitely took care of the Physical aspect, but to really progress for long-term, the Mental and Emotional Aspects needed to be addressed.

This can be very scary for many people, because of some key things:

Menstrual Cycle symptoms are really messages about the state of your Physical, Mental, Emotional and Spiritual Being. #PeriodBypassingRevolution Click To Tweet

As you can see, with each of these circumstances that can be scary, there is some freshness, newness, power in what happens as you go through it moving closer to Becoming your True Self.

Having someone along the way who can guide you and even help draw some connections of patterns for you in order to help you express your Whole Being can be extremely helpful. Holding the loving, non-judgmental space as you evolve can be extremely powerful.

As you incorporate a Holistic approach to your evolution, whether it’s for your overall health and well-being or goal to have a healthy cycle or vision of having a healthy pregnancy and birth, trust that your process is your process.

It is uniquely your journey and having the support you need and want is here.

Can I let you in on a little secret?

One of my most favorite and treasured things about what I do in working with girls, teens and women is that I get to witness this evolution.

Taking part of something so sacred and meaningful to her is something I greatly appreciate and honor.

So, you see, the Holistic approach isn’t scary…it’s inviting and welcoming.

Inviting you to Be your Authentic Self – welcome Home.

P.S. What are you most excited about when considering taking the Holistic approach in your journey? Let me know below!

De’Nicea creates Playful Healing Spaces for your Spirit, Mind and Body as a consultant, Doctor of Oriental Medicine and podcaster! Women feel safe and comforted working with De’Nicea as she navigates her Personal Healing Journey with Clarity, Compassion and Consciousness.
More About De'Nicea

Here's the link for your Time In's (and it's been sent to your email, as well!

Recent Notes From The Playground 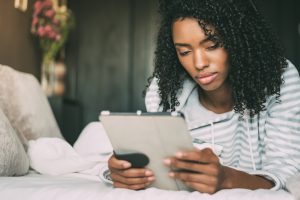 5 Ways To Experience Social Closeness Amidst Social Distancing (and Beyond!)

How to Improve Fertility with Poly-Cystic Ovary Syndrome (PCOS)

De’Nicea Creates Playful Healing Spaces for Women to Rock Their Power of Perfection in Alignment with their Spirit, Mind and Body.

Menu
Top
We use cookies to ensure that we give you the best experience on our website. If you continue to use this site we will assume that you are happy with it.Ok